Desert Pines High School Broadcast Academy students, who are a part of the On-Air Classroom, called the first game of Season 8 of the Summer League Jr. NBA, Spurs vs  Cavs with Coach Markcus and Coach Martez. 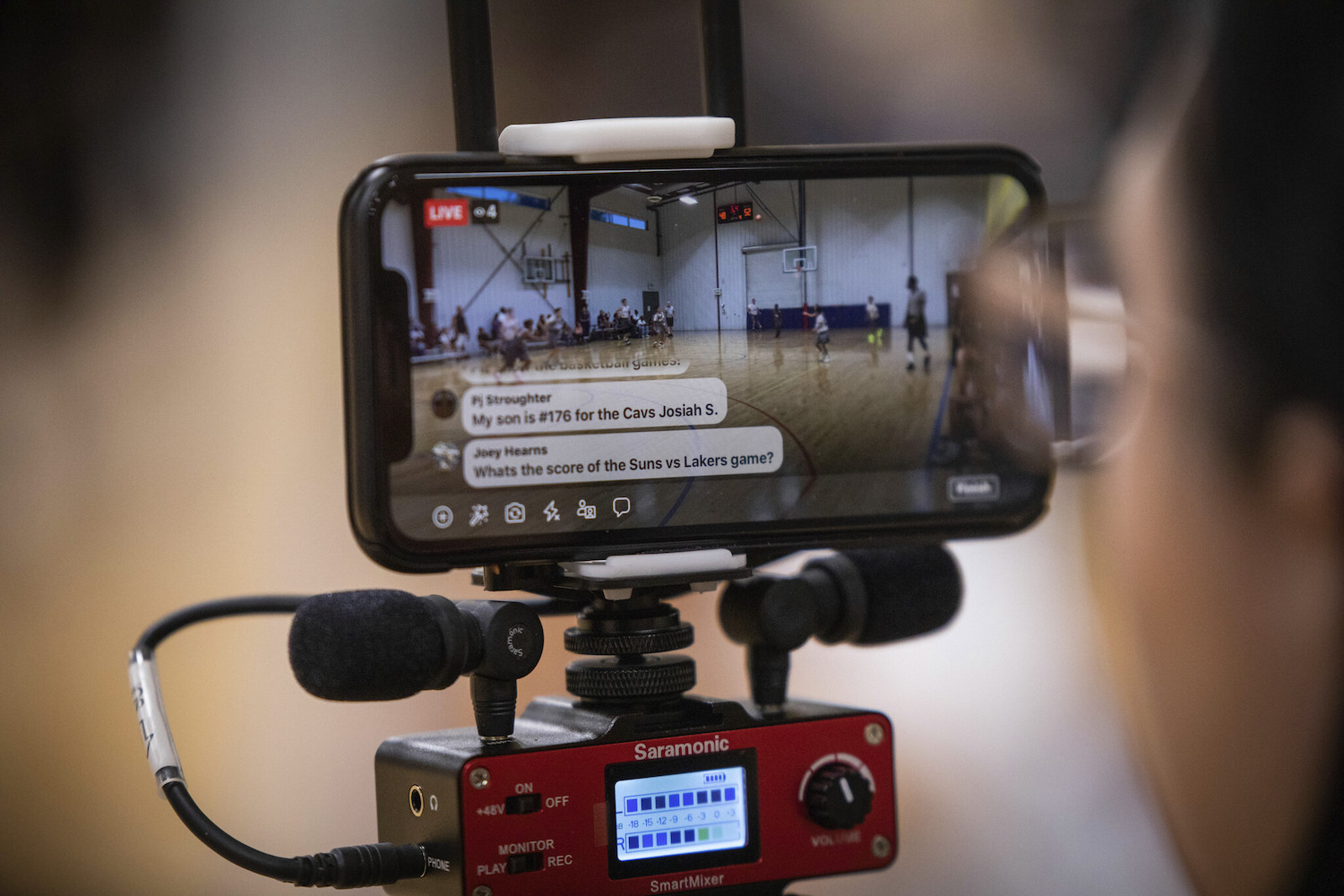 The Cavs took home the win, 56-39, with a 4th quarter run. Jesus, Ray, and Faith along with their school instructor Mikel Gough and On-Air Classroom mentor from NBC Sports, Jonathan Scott, called the game and took on sideline interviews with color commentary. Watch a different Summer League Jr. NBA game broadcast each week featuring students from the On-Air Classroom team! 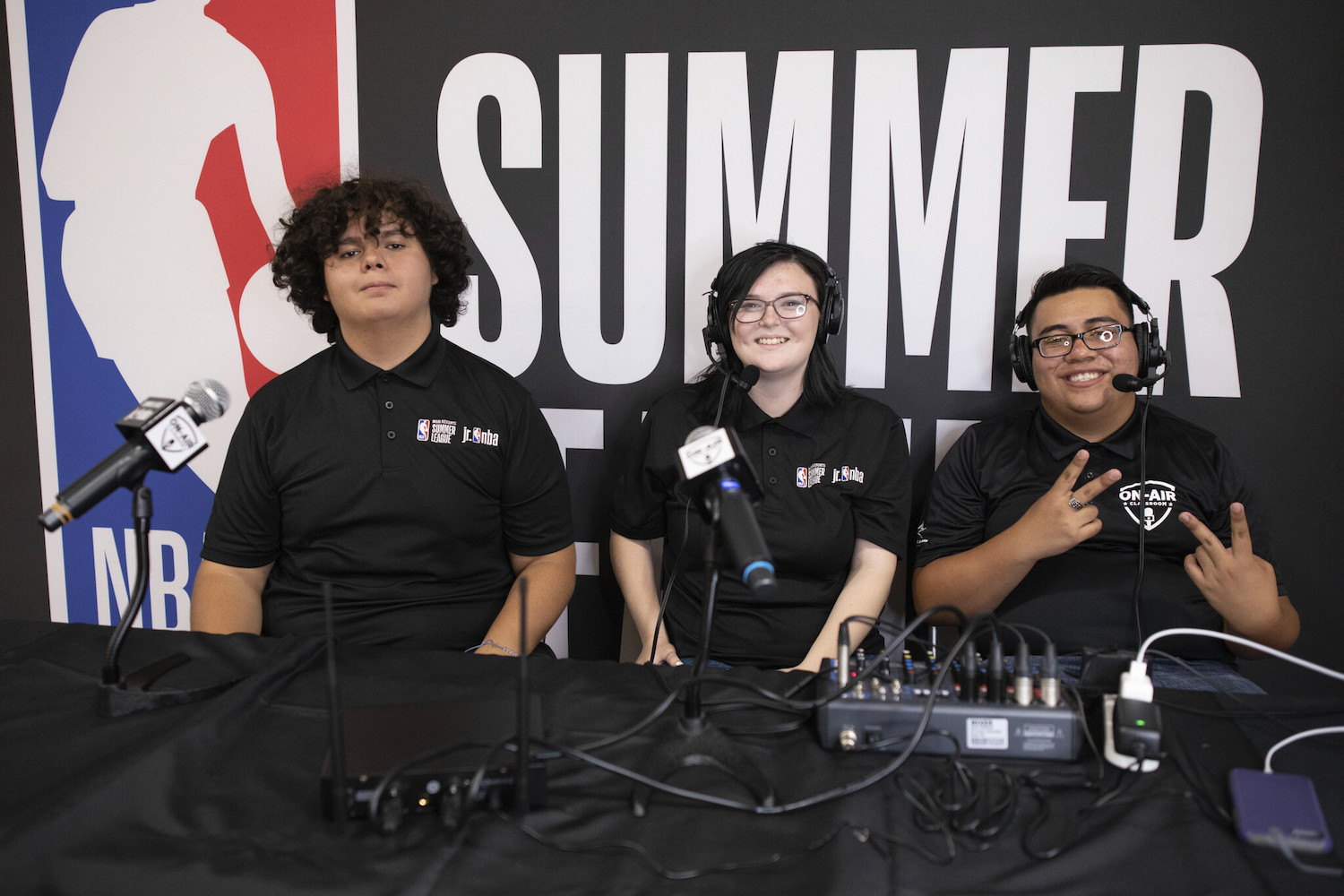